Here I offer a Cd containing over 200 high resolution scans produced from a recently acquired photo album which belonged to a sailor who served on the famous Royal Navy ship HMS Ajax .

During the early phase of WW2 , HMS Ajax was involved in the Battle of the River Plate along with HMS Antelope and HMS Exeter ..they engaged the hugely powerful German Pocket battleship Admiral Graf Spee . The eventual outcome being the scuttling of the Graf Spee . Later on the Ajax played an important role in the Med providing convey escort around Malta and relief at Tobrok .In 1944 HMS AJAX bombarded Gold beach just prior to D-DAY landings

The album covers the period of its maiden commission 11th june 1935- 6th August 1937 . There is a photo of the ships launch at Barrow , other pic from Barrow ..pics taken at MALTA ,inc one of Ajax in dry dock at malta...pics around Gibraltar , photo of Italian liner saturnia with 5000 blackshirts bound for Africa . Pics taken at Port said , Alexandria ..burnt out Italian liner at Alex.

We then move the West Indies and South America .photos of Ajax going through Panama Canal ,8 fascinating photos of sailors viewing the whaling at the Falkland Isles .

There are some good photos of the ship / deck shots ..good photo of the Bridge , several show the ships plane , torpedo being fired from ship , Ajax in various harbours , ships crew , laying smokescreen ( also a photo of HMS Exeter producing smoke ) .

Please note ..the writing over the listing images is not on the scans ... This album is a real gem

... If you would like a copy of the cd for £10 ( free postage ) please feel free to click on paypal button 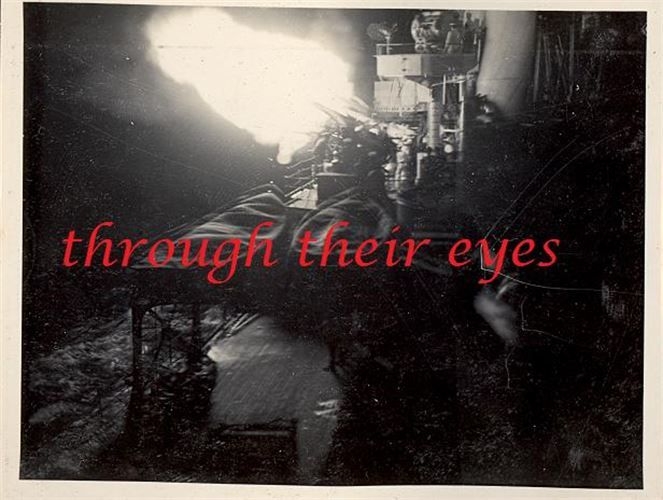 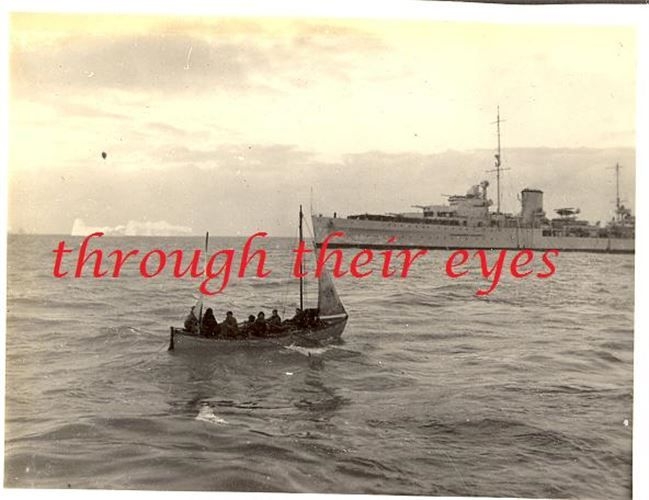 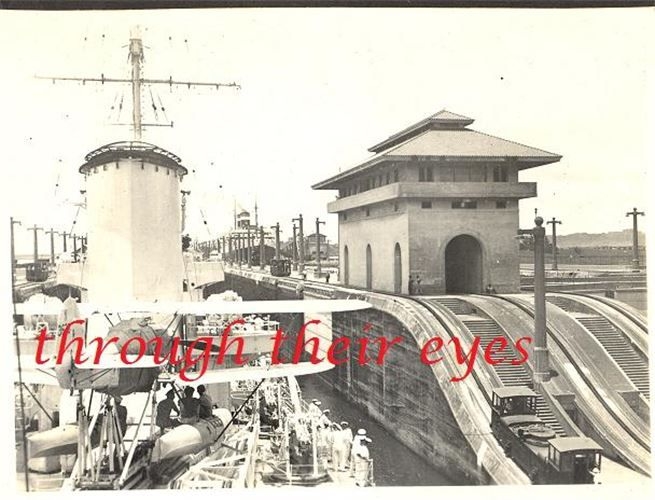 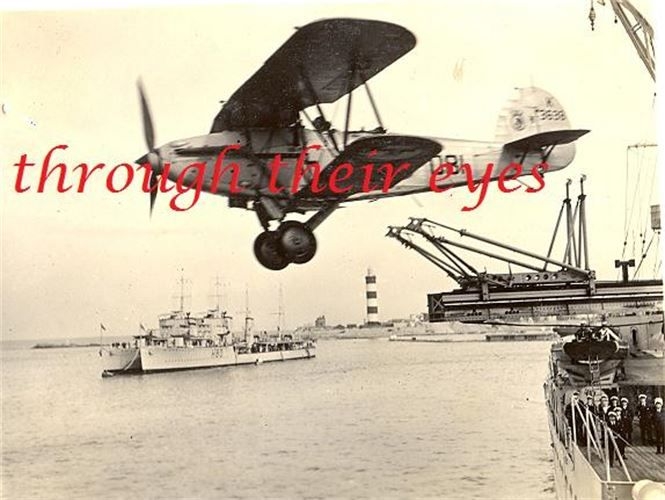 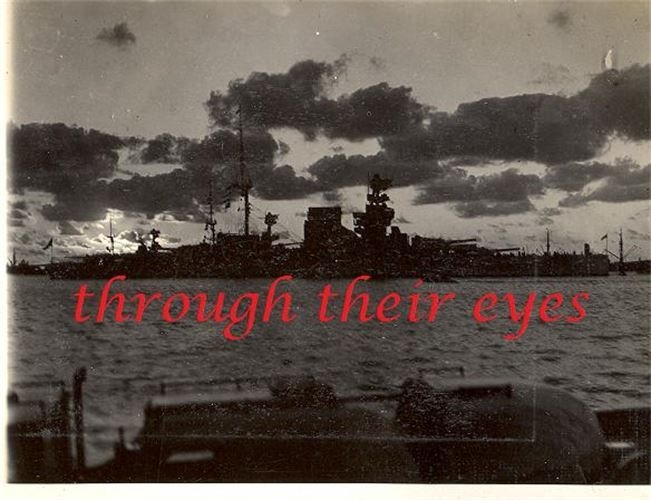 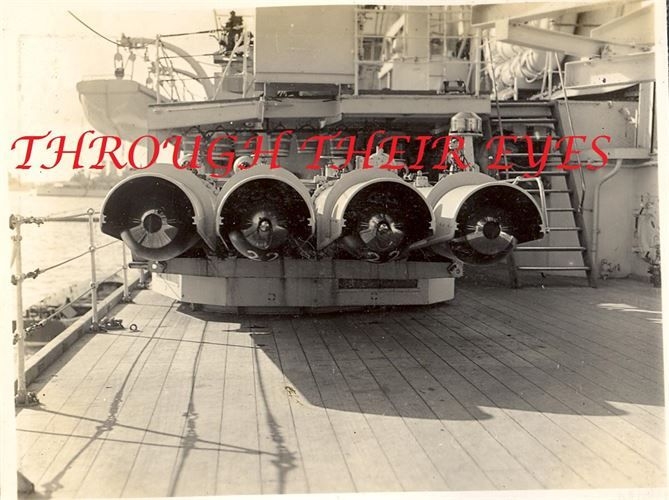 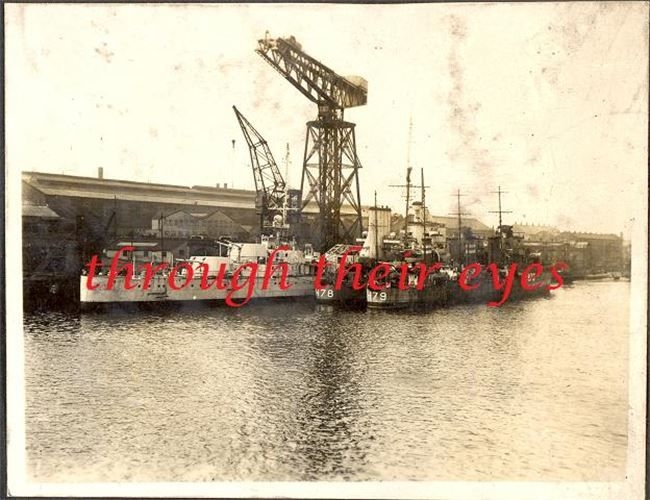 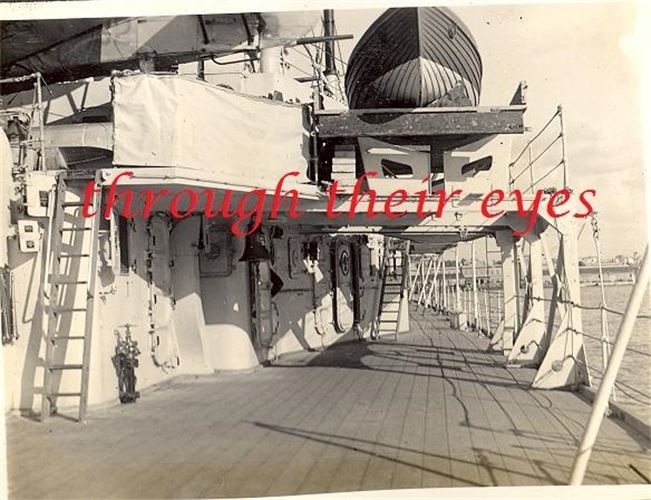 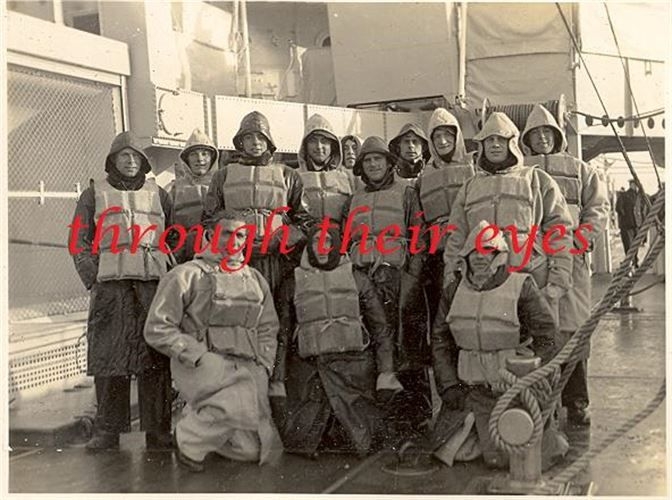 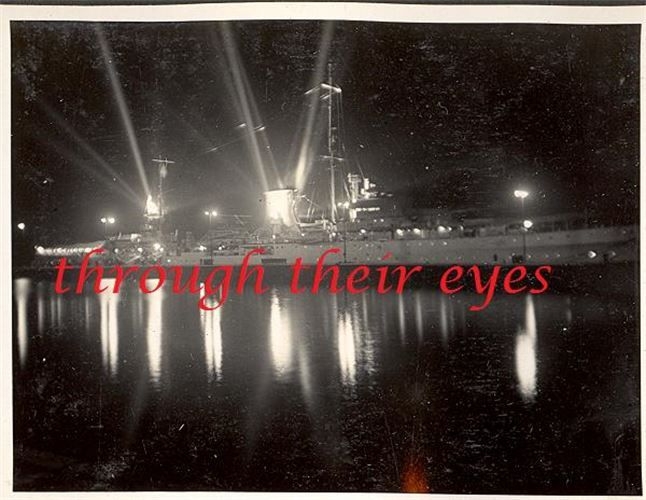 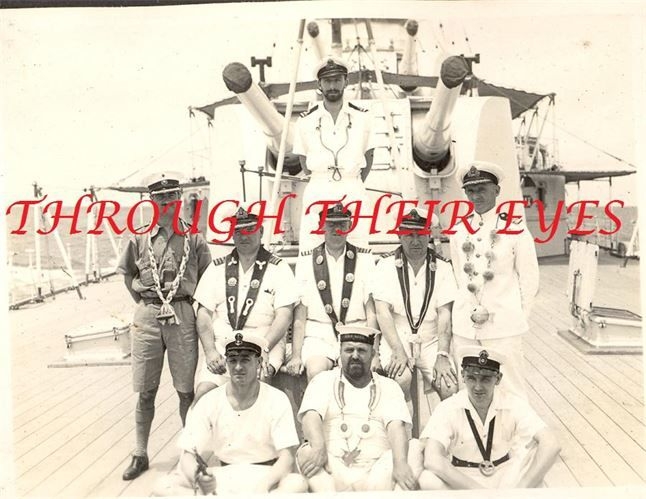 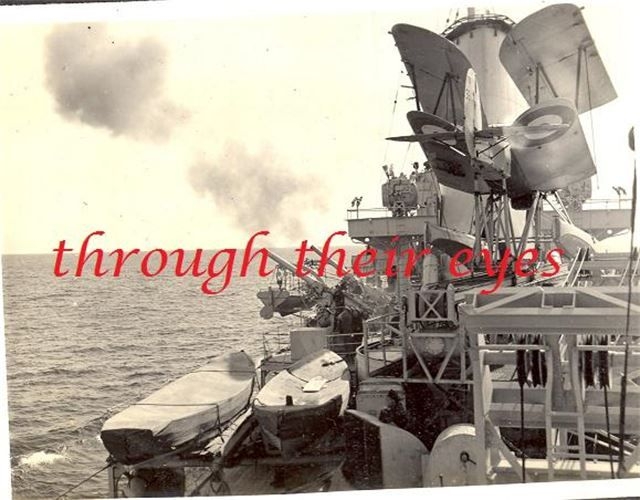 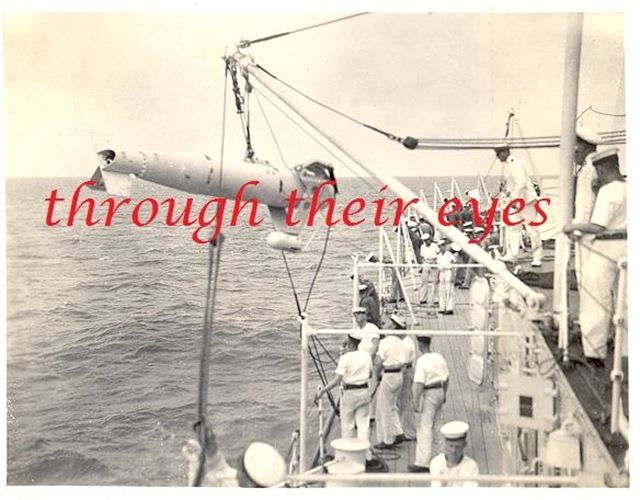 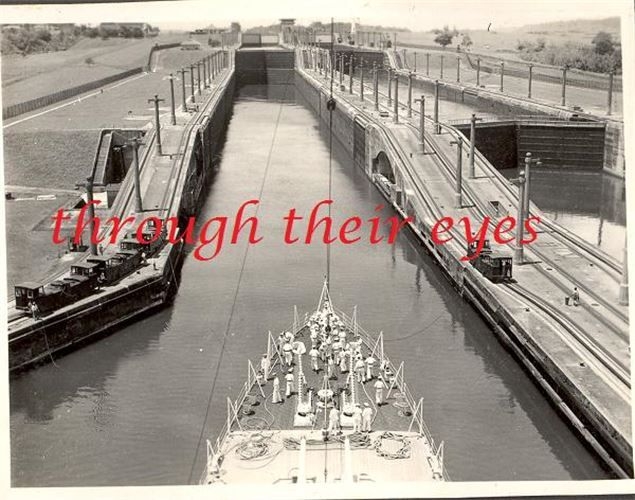 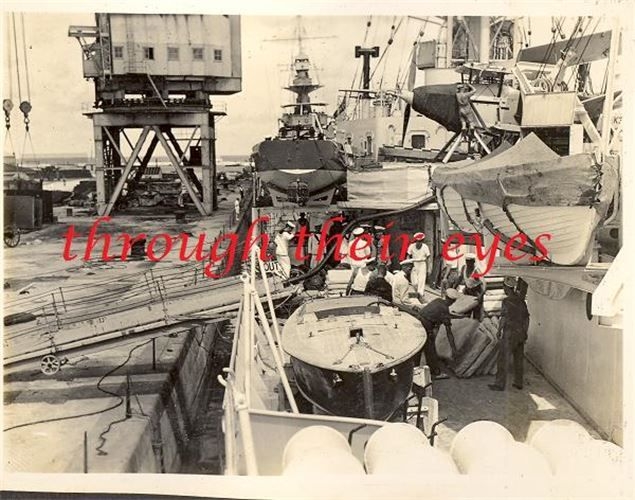 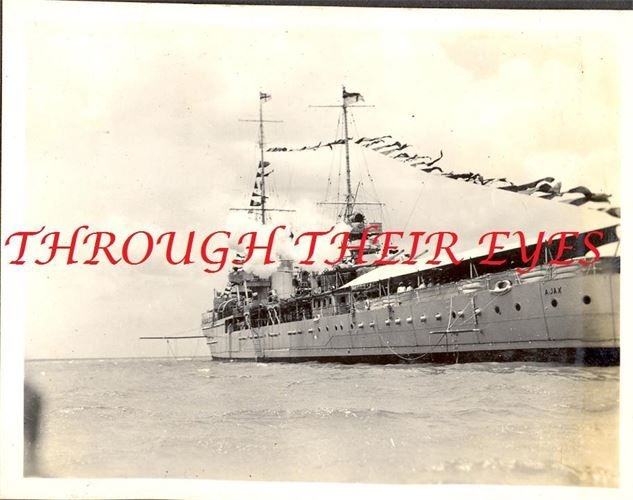 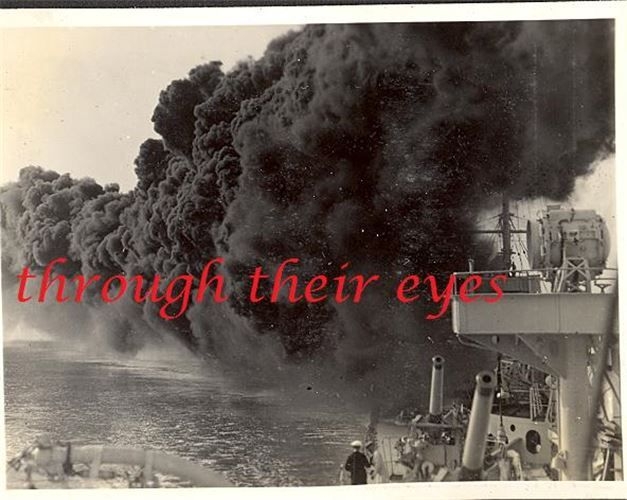 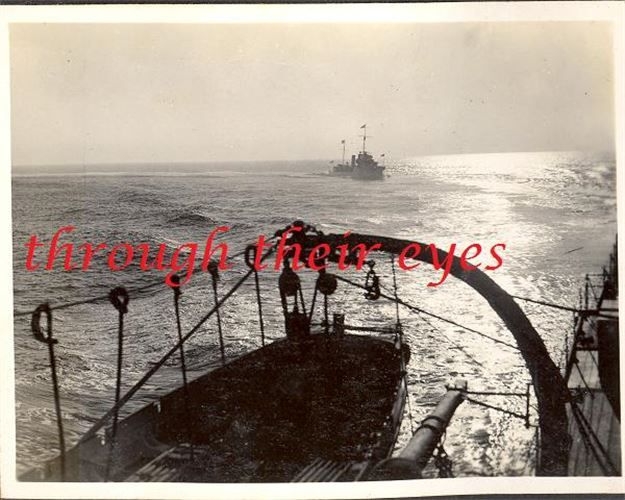 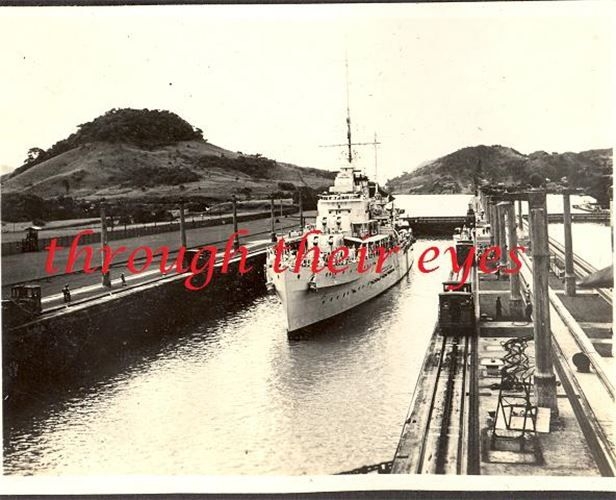 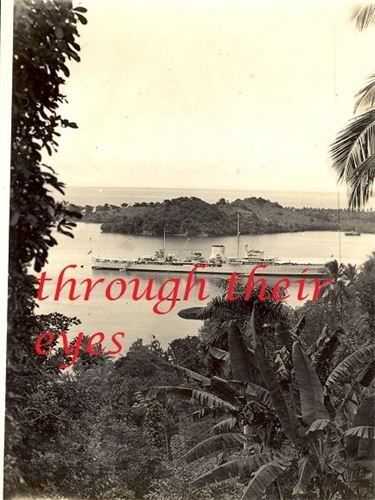 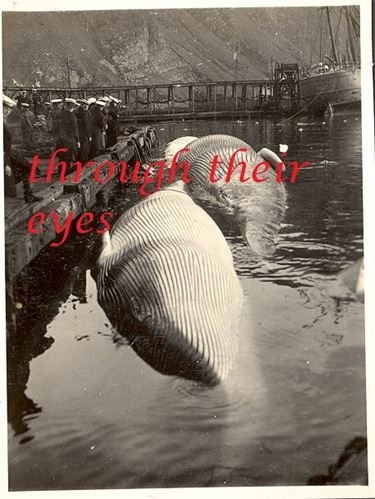 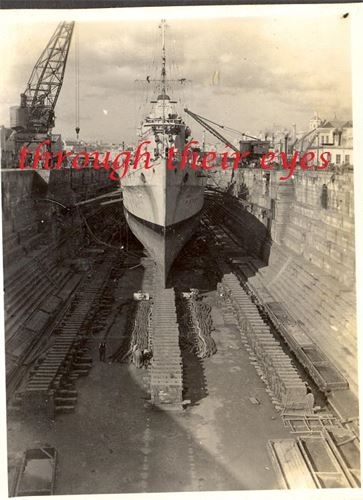 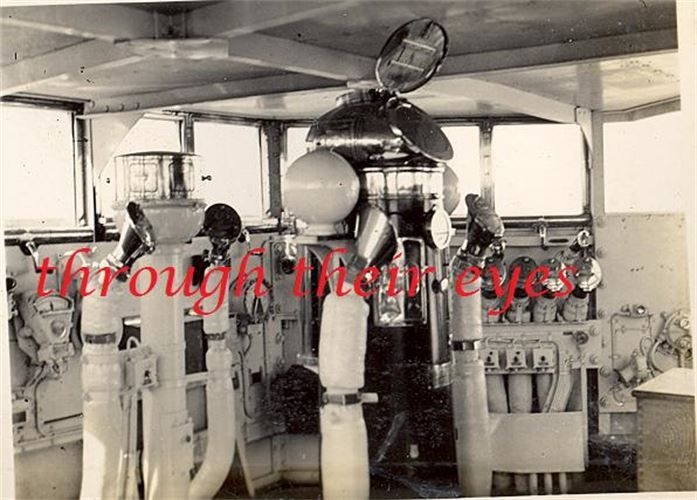