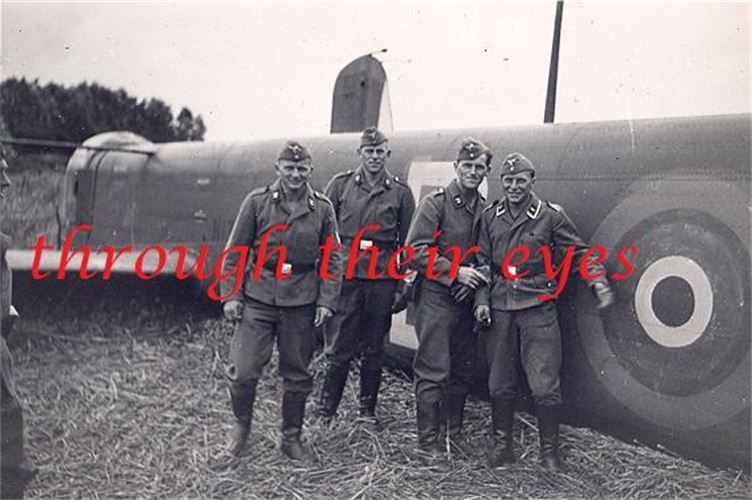 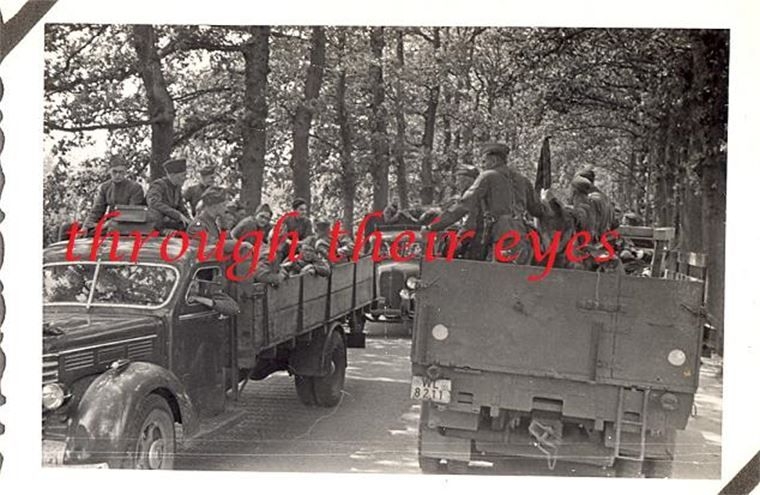 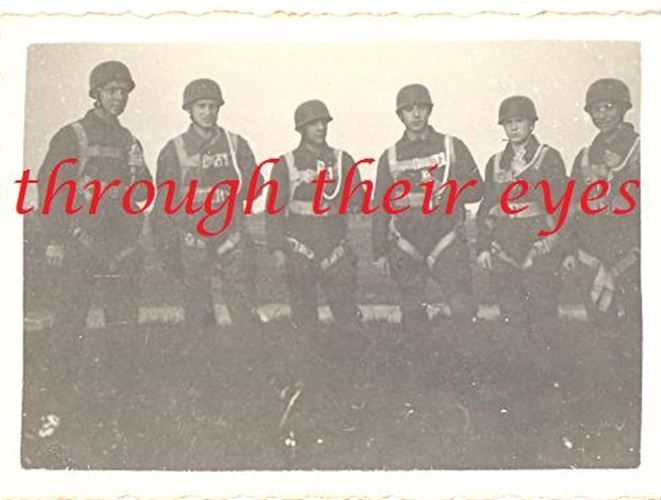 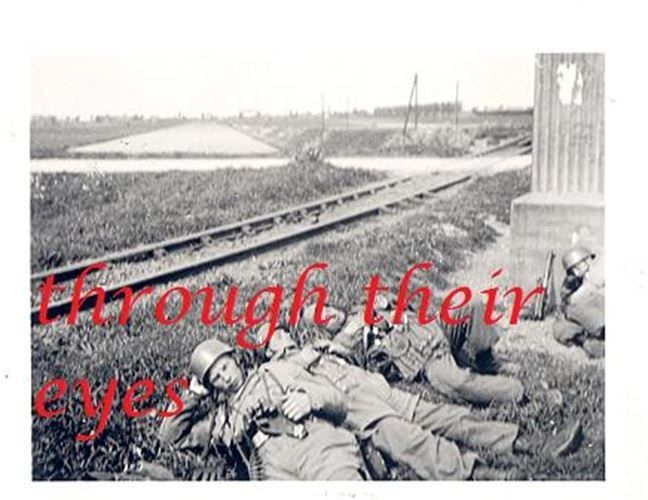 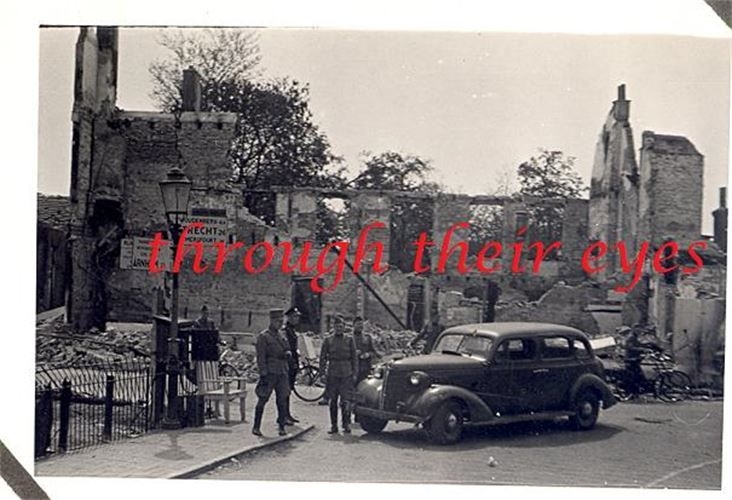 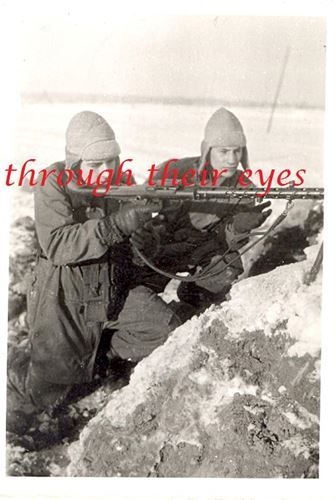 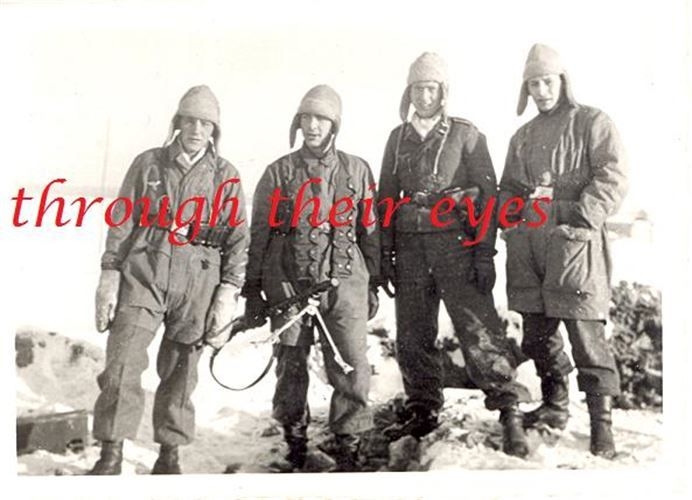 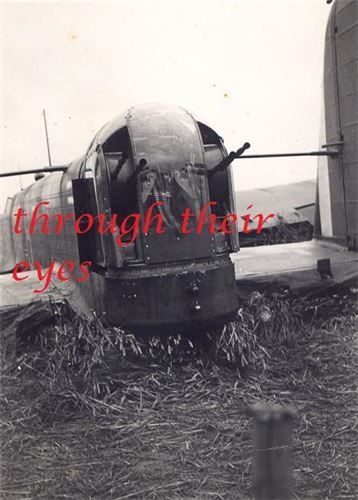 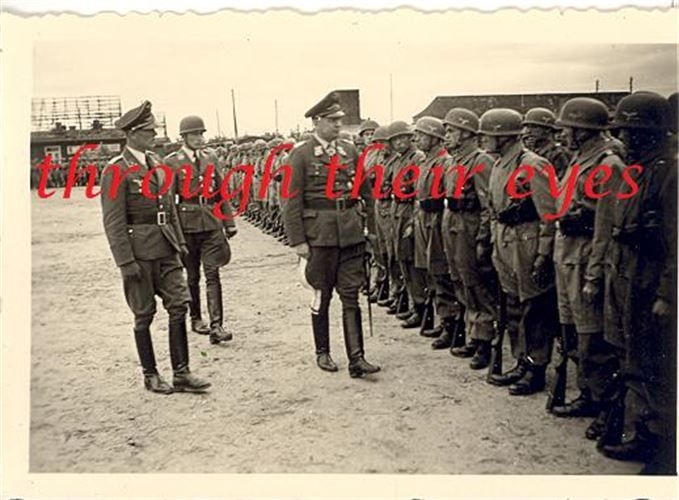 160 high resolution scans , produced from an original WW2 German soldiers photo album and original prisoner of war documents .Georg Bottcher initially served in German Luftwaffe Flak regt 33 . He took part in the invasion of Holland during May 1940 ... then later transfers to the Fallschirmjager ( Germanys elite paratroop regiment ) . He appears to have served in Russia...and while in service with 4th Div Fallschirmjager was taken Prisoner of War in Italy late in the war .Born 19.09.1919 Georg had been a member of the Hitler Youth .His pre war job was Butcher .Photos include his RAD training , he is seen working as a military cook early war and when as a prisoner of war .There are good photos of invasion of Holland , devastation ,Dutch soldiers ,6 photos show a downed bomber , good photos of 88mm guns . Several good photos of very large range finder optics ..Some nice images of military trucks .

TO BUY THIS CD FOR £ 10( FREE POSTAGE ) AND PAYING VIA PAYPAL . PLEASE CLICK HERE

Later images ( 15 in total ) relate to his Fallschirmjager service ....7 photos show a Fallschirmjager cemetery /burial in Russia .At end of album there are a few images of a POW camp. I have added scans of 4 documents POW forms and something that related to flak reg in 1939 .A interesting insight into a named individuals war years . He must have seen some horrendous sights ,but appears to be a cheerful man .